How to use fire hydrant correctly?

First, the use of fire hydrants

A. Open the fire hydrant door and press the internal fire button (the button is the alarm and start the fire pump).

B. One person picks up the gun head and the hose toward the starting point.

C. Another person connects the hose and the valve port.

D. Open the valve counterclockwise and spray it out. Note: The electric fire must be determined to cut off the power.

Second, the type of fire hydrant 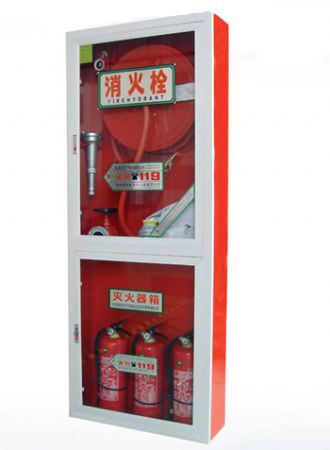 Indoor fire hydrants are indoor pipe networks supplying water to fire sites, with interfaces for valves, fixed fire-fighting facilities for factories, warehouses, high-rise buildings, public buildings, and ships, usually installed in fire hydrant boxes, and fire hoses and guns. Supporting the use of. Decompression type fire hydrants are one of them.

Underground fire hydrant is an outdoor ground fire water supply facility. It is used for fire-fighting vehicles or directly connected with hoses and water guns for fire extinguishing. It is a special facility for outdoor fire-fighting water supply. Installed underground, it does not affect the appearance of the city and the city. It consists of body, elbow, valve seat, valve disc, drain valve, stem and interface. Underground fire hydrants are essential fire-fighting and water supply devices in cities, factories, mines, power stations, warehouses, docks, houses and public places. Especially in urban areas and areas where there are few rivers, they need to be installed. Product structure, reliable performance, easy to use.

The ground fire hydrant is an outdoor fire-fighting water supply facility. It is used for fire-fighting vehicles or directly connected with hoses and water guns for fire extinguishing. It is a special facility for outdoor fire-fighting water supply. The upper part is exposed on the ground, the sign is obvious, and it is easy to use. It consists of body, elbow, valve seat, valve disc, drain valve, stem and interface. The fire hydrant on the ground is an urban essential fire-fighting equipment, especially in areas with less urban areas and rivers. It needs to be installed to ensure the need for fireflood. All densely populated areas such as factories, mines, warehouses, yards, freight yards, high-rise buildings, and public places should be installed with conditions.

An indoor fire hydrant is a valved interface that is installed in a building's fire pipe network to provide water to the fire site. It is an indoor fixed fire-fighting equipment such as factories, warehouses, high-rise buildings, and ships. It is used to save fires in buildings. It is usually installed in fire hydrant boxes and used with fire hoses and water guns.