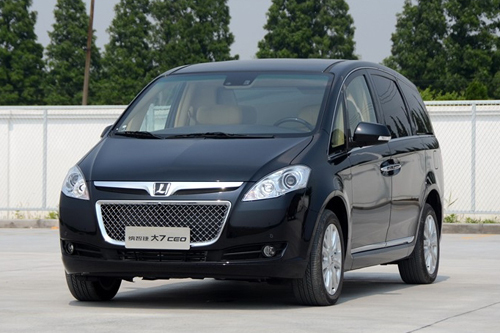 Starting from March 1, the light-burning-type engine vehicles (namely light-duty gasoline vehicles) registered and transferred in Foshan will implement the national V emission standards. A reporter visited the company in the past few days and discovered that, with the invoice of the State IV new car after the date of March 1st, the vehicle management department will suspend the acceptance of the application. In addition, the used cars that cannot meet the National V Standard in the field will not be allowed to move into Foshan.

Implementation of the National V Standard from this month

On the last day of February, the spokesman of the Public Security Bureau of Foshan Public Security Bureau stated that the â€œnew owner of the State IV: Today is the deadline for the license!â€ The Provincial Environmental Protection Agency had a pre-Spring Festival According to the release notice, on March 1, 2015, the light gasoline vehicle country V standard will be implemented in the Pearl River Delta region."

The reporter visited the vehicle management office and major car dealers learned that the vehicle management office has already implemented the new car standard for light gasoline vehicles. On March 1, the new light-duty gasoline car of the State IV has been suspended from acceptance, but it was issued before March 1. The models on the invoice are not affected. At the same time, the second-hand National IV light-duty gasoline vehicles are prohibited from being transferred from other cities.

A number of car dealers told the reporter that the date of the new vehicle's invoice was March 1, and it is still available on the card. According to the person in charge of Beijing Hyundai Foshan Taixin Marketing Department, the only remaining IV vehicle in the store, the new Shengda model with an invoice date of February 28, also successfully handled the licensing procedures yesterday.

Many car dealers told reporters that the national IV cars sold after March 1 have been suspended from the vehicle management agency and are only available on the State V cars in the past few days. As to whether there is a transition period for the China IV car, many car dealers have said they have not received relevant notice.

At present, the Foshan Industry Association is stepping up its communication with the environmental protection department and hopes to open up a large backlog of the national IV car network. However, the final result has not yet been reached. How these vehicles are handled, the current car dealers have not received guidance from car manufacturers, and many car dealers are watching.

The number of new cars affected is more pressure on dealers

The reporter was informed that this "Circular on Early Implementation of the Fifth Phase of China's National Air Pollution Emission Standards for Vehicle Air Pollutants" document was formally implemented from February 15 to March 1 with only a half-month transition period. Since the transitional period spans the Spring Festival holiday, it actually takes only six working days.

Short transition period, many new cars in the country IV backlog. The reporter visited yesterday and found that there are about 400 vehicles in the country's own IV micro-vehicle dealership, IV, and a hot-selling joint-venture brand in Foshan International Automobile City. The number of national IV vehicles is about 100.

From the rough statistics of the Foshan Automobile Industry Association on February 16, Foshan's current inventory of about 5,000 new China IV vehicles was not sold and registered at car dealerships, affecting more than 70 companies with an amount of about 1 billion yuan. Diversified. Among them, Litai, a large-scale automobile distribution group in Foshan, has a total of 14 brands, 30 4S stores with a total inventory of approximately 4,000 new vehicles with national IV emission standards. If there is not enough time to buffer, the pressure on dealers is huge.

It is understood that there are still some new cars reserved by the car manufacturers from the manufacturers are still the new cars of the State IV. It usually takes 1-3 months from the time of ordering and delivery of new cars to Foshan, and the current part is transported to Foshan by a small number of vehicles on the way. It is even a new national standard IV car.

It is reported that despite the rumor that the National V Standard was implemented on March 1 after the New Yearâ€™s Day, there has been no clear information release, and vehicle emission upgrades have never preceded a buffer period of only half a month. Businesses and car companies pay enough attention.

"The depreciation of the large-scale used cars of the State IV has become inevitable." Many second-hand merchants frankly stated that with the implementation of the licensing standards in the auto country V, many businesses have adopted a more cautious attitude in the acquisition of car sources. Pan Guoguang, vice chairman of the Foshan Auto Circulation Association, told reporters yesterday that in addition to the new car, the used car dealers in Foshan hold less than 5,000 cars for the National V Standard, which is limited to the scope of flow. Locally, the vehicles held by these second-hand car dealers face tremendous pressure from vehicle devaluation and losses are inevitable.

The data shows that at present, the number of cars in Foshan is close to 1.6 million. There are less than 10,000 cars in the country and V cars. The used cars sold in the market are all used as national IV cars. Some merchants frankly stated that it is expected that with the implementation of State V, the used car market will meet the low point, and many businesses are expected to fade out of the market.

Pan Guoguang, vice chairman of the Foshan Auto Circulation Association, pointed out that at the beginning of the implementation of the National IV Standard in 2010, a large number of State III vehicles were quickly devalued due to migration difficulties. Judging from the inertia of depreciation of used cars caused by automobile emission standards, after the implementation of the new standard of licensing on the country V, it will inevitably have a huge impact on the value of the State IV cars. In addition to the PRDâ€™s implementation of the National V Standard from this month, the province is also fully implementing the National V Standard on July 1. In the future, the State IV vehicle can only be sold in the city where the license is located or in other provinces, and the circulation platform is greatly reduced, which inevitably leads to used cars. The value has dropped sharply. From the current point of view, yellow standard vehicles that are difficult to move and difficult to trade are the epitome of depreciation of vehicles with low emission standards.