Jinda - one of the earliest enterprises in China to develop passenger car air-conditioning and transport freezer;

On November 28th, 2008, a time for people to rejoice, a moment of pride and pride for Jinda people, Jinda â€œKâ€ brand free-standing transport freezer was used in the East China Military General Logistics Department of the Chinese Peopleâ€™s Liberation Army. In the tendering activities organized by the Material Purchase Bureau, the entire army's military equipment (food refrigerated truck vehicle-mounted refrigeration unit) project was evaluated by the bid evaluation committee composed of industry experts and army chiefs and successfully won the bid. 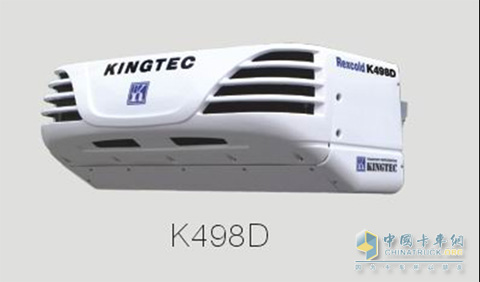 Looking back on the past, vividly, through the wind and rain, Mu Xiaguang, in more than ten years of sharpening and stirring, is how many efforts Jinda people's unremitting efforts, and the leadership of all levels of support, with hundreds of domestic and foreign customers sincere cooperation Only created Jinda's results today.

In the mid-1990s, Jinda started to enter the mainstream domestic air-conditioning supporting market. At this time, the domestic refrigeration refrigerating machine market was completely dominated by foreign brands. Mr. Yuan Xudong, Chairman of Jinda Group, had been on numerous occasions. Said: Jinda will fully invest and independently research and develop transport refrigeration machines with independent intellectual property rights to enhance China's food refrigerated transport business and improve the quality of life of the Chinese people.

In 1998, Jinda invested a great deal of effort. The "K" brand transport freezers independently developed and produced were officially put on the market. After the initial pains and running-in, the "K" brand transport freezers were of stable quality and superior. The performance, moderate price, and fast service have gradually gained market recognition and have long been the top three in China's transportation refrigeration production and sales. 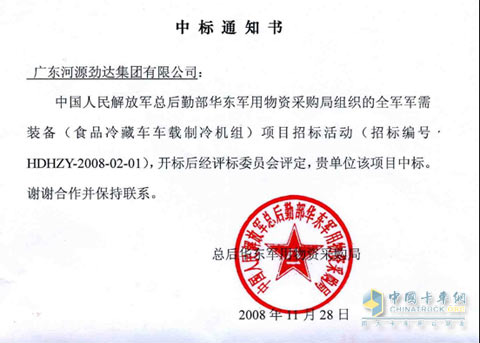 In recent years, many domestic companies have entered the transportation refrigeration market, and they have been smoking for a while. They rely on each side. However, Jinda has not fallen into the turmoil of blind competition, but has always insisted on its own pace of development and is committed to technological leadership. The leading product development strategy is based on the principle of â€œQuality, Environmental Protection, Energy Saving, Leadingâ€. It is based on the â€œTongji-Jinda Air-Conveying Research Instituteâ€ jointly established by â€œTongji University of Shanghaiâ€ and Jinda Group and the â€œGuangdong Provincial Level The Enterprise Technology Center is a research and development platform that continuously conducts more in-depth and systematic research on the design and matching of products, and has achieved considerable development and progress in all aspects.

By the end of 2008, Jinda "K" brand transport freezers had undergone 10 years of upgrading. The products have spread to 0.5 to 10 tons; the 2 to 12 meter refrigerating vehicle refrigeration unit series is also one of the few that can be designed in China. With the production of independent transport refrigeration machines and stable quality of national enterprises, Jinda "K" brand transport freezer is more adaptable to China's national conditions and unique road conditions. It is a refrigerated vehicle that can fully approach international brands in terms of performance and product coverage. One of the national industrial brands of refrigeration units.

At present, the mainstream refrigerated automobile manufacturers in China use the "K" brand transport freezers. For example, Zhenjiang Kangfei, CIMC, Zhenjiang Feichi, Henan Hongyu, and Henan Xinfei are all long-term supporting users of Jinda. "K" brand transport freezers are highly praised by the industry in terms of production, sales, quality, popularity, credibility, brand awareness, and service level, and have long been the top three in the industry.

At the same time, the annual export value of the "K" brand transport freezer is also increasing year by year. It is now exported to 34 countries and regions such as South Africa, Saudi Arabia, Thailand, South Korea, Hong Kong, Russia, New Zealand, Australia and Algeria.

In October 2008, with the status of the "K" brand transport freezers in the industry, and Jinda military air-conditioning, shelter air-conditioning and other products have achieved outstanding performance in the military's many years of military support, the People's Liberation Army General Logistics Department East China The Military Material Purchase Bureau invited Jinda Group to participate in the bidding activities for the military equipment (food refrigeration vehicle-mounted refrigeration unit) of the entire army in 2008. At the same time, the world famous companies in the refrigeration industry, the â€œAmerican Cold Kingâ€ and the â€œUnited States Carrierâ€ were also invited. After the evaluation committee composed of industry experts and army chiefs, Jinda "K" brand free-standing transport freezer won the bid.

This winning bid in the army is a recognition of Jinda's achievements as a national brand in the refrigeration industry. It is not only a praise but also a spur. All Jinda people will continue to improve product quality and continue to promote â€œhonestyâ€. "Pragmatic, pioneering and innovative," the spirit of Jinda, pursues the "brand from quality, quality from high quality" product concept, for China's national defense industry, China's refrigeration and transport industry to make their own contribution, casting a century-old national brand, staking the world stage .