But the problem is that China's robots are imported. The Chinese government hopes to nurture the local robot industry.

In contrast, there has been little development in the Chinese robotics industry. Of the robots used in China today, 85% are from overseas. Parts of domestic robot manufacturers rely mainly on foreign imports.

In order to defraud subsidy, many companies have created concepts into the robot market. This actually caused the supply side bubble. It seems that there are many participants in the industry, but most of them do not occupy a good job. The large amount of funds from the government supporting the industry has flowed into such enterprises and caused the industry's overall weakness.

The Conical Johnson Screen is a kind of tubal Johnson screen which has a wide upper part and a narrow lower part. 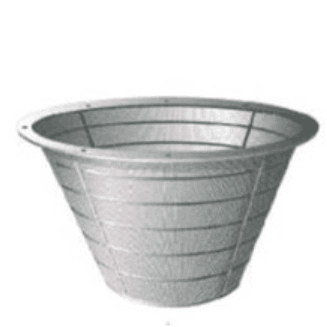 It is composed of support rods and V-profile wire rolling welded on the special welding machine. We can adopt different material to suit your work condition. The common material are 304, 321, 316 L, 904 L, duplex steel 2205, duplex steel 2207, Monel. etc