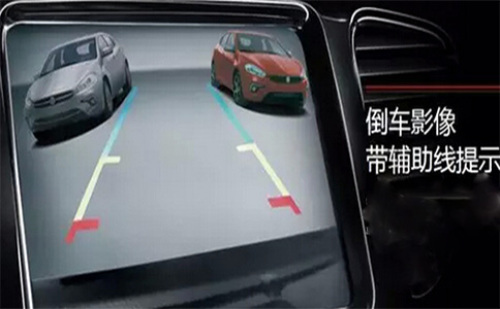 Previously, people relied on the rearview mirror basically, but due to its own limitations, the rearview mirror had a large dead angle, which caused accidents during reversing. With the reversing camera system, a far-infrared wide-angle camera is installed behind the car. Through the display in the car, obstacles behind the car can be clearly seen. At this point, the reversing image will replace the reversing radar, and it will be clear even if it passes through infrared rays at night. Professional car probes are further enhanced in magnetic, shock, waterproof, and dustproof performances, and the reverse image can be intuitively visible to the rear of the car, which can be said at a glance. Nowadays, more advanced reversing images can also be provided with auxiliary lines, giving the driver a more accurate reference. This not only makes the entire reversing process easier and faster, but also ensures the safety of life and property of himself and others.

However, the reversing image is not a panacea. It still has a certain degree of dead space. After tests, if the rear-view doll is still standing, 56% of the drivers will only hit the doll with the reversing video system. This is also a There is a high probability that in order to avoid dangerous accidents, the majority of drivers can not only rely on reversing images, but also have to raise their vigilance at the same time, and always put their safety at ease.

Steel U stud machine roll forms steel stud and track members for use in wall, floor and truss framing. The standard machine produces stud & track thickness is 0.3-0.8mm. The sizes is from 28-100mm.U stud machine including the decoiler, the main Roll Forming Machine, the hydraulic cutting system and receiving table. there are normal speed 25-20 meter/min and high speed 60 meters per minute by servo tracking cutting system.