2019-10-18 14:08:56
[ Instrument Network Instrument Development ] Since the world's first leak noise correlation instrument was introduced in 1960, the leakage noise detection system has been greatly improved. At present, the noise correlation instrument has become an indispensable detection device in pipe network monitoring. Among them, the relevant leak detection method based on leakage noise signal is most commonly used in water supply pipeline leakage detection. In order to maintain the safe operation of the pipeline network, new technologies and new products for pipeline leak detection and positioning have always been the focus of researchers at home and abroad. 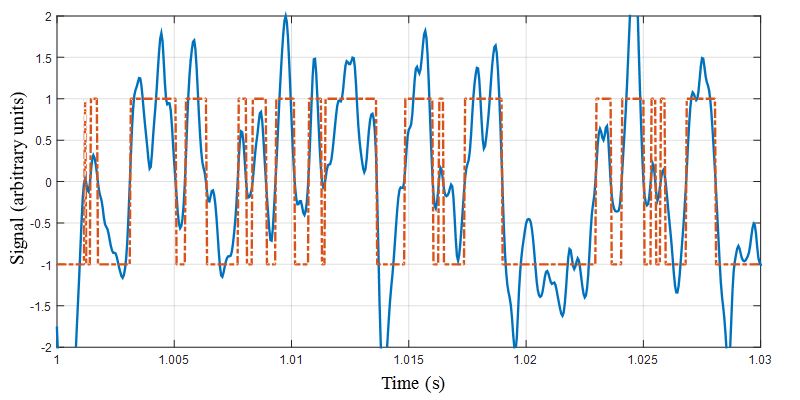 Most leak noise correlators believe that the perceived performance of the leaky noise signal is one of the key factors in determining the accuracy of the leak location. In order to reveal the influence of the amplitude information of the detection signal on the location of the leak point, Gao Yan, a researcher at the Institute of Acoustics and Vibration of the Institute of Acoustics, the Chinese Academy of Sciences, and Mike Brennan, a professor at the State University of Sao Paulo, Brazil, jointly conducted the amplitude distortion of the pipeline leakage noise signal. Theoretical, numerical, and experimental studies of the effects of clipping or quantification on the performance of correlated leak detection methods.
Relevant research results were recently published online in the international journal Journal of Sound and Vibration.
Based on the theoretical model of the sound pressure and wall vibration of the pipe excited by the leakage of the buried water supply pipeline, the researchers introduced the SIGNUM function to clip/polarize the two types of detection signals while effectively retaining the zero-crossing information in the signal. (Fig. 1); Combining Van Vleck's early proposed clipping signal theory and random telegraph signal theory, the theoretical model is established and the analytical solution and approximate solution of the cross-correlation function (CCF) and cross-spectral density (CPSD) of the clipping signal are derived. The influence of amplitude distortion on the performance of correlated leak detection method is clarified.
The research results show that when the zero-crossing information of the noise signal is preserved, even if severe amplitude distortion occurs, an accurate delay estimation can be obtained, thereby achieving accurate positioning of the leak point. As shown in Fig. 2, the sound pressure and acceleration signals of the PVC pipeline leak detection are visible, and the clipping has little effect on the correlation coefficient.
The research results have important guiding significance for the development of the leakage noise correlation instrument, that is, the automatic gain control circuit and the multi-bit AD converter are not the design key; when the leakage noise is not less than the minimum resolution voltage of the AD converter, the accurate time can be realized. Estimate.
The study was funded by the National Natural Science Foundation (No. 11774378) and FAPESP, SABESP.

The introduction of Germany advanced manufacturing technology, with rising underground sewage pipes,the collection and transportation of sludge, city life waste and building operations such as muddy water  in liquid waste and other functions.

Suction sewage truck is sanitation vehicles which is used for collecting and transporting sewage and  sludge in municipal, enviromental sanitation and large property managerment company ,to avoid  secondary pollution ,with vacuum suction ,pressure discharge function efficient and time saving vacuum pump,valve and others are imported products.